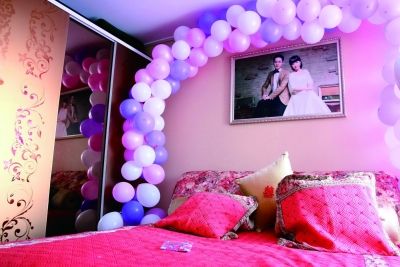 Recently, when reporters visited the Nanjing Furniture Store, they found that there were more types of small-sized furniture that had been more difficult to produce: the table was small and exquisite; the dining chair could be retracted into the dining table; the size of the bed also appeared 1.35 meters wide; the bookcase, The wardrobe, TV cabinet and wine cabinet can be divided into small pieces and can be reassembled according to the type of the house.

Rare! The smaller the furniture, the better it sells...

High-rise small-sized furniture should be "mini"

Owner Xiaoli told reporters that in order to choose the main urban area closer to the work unit, she purchased a smaller apartment area, plus the pool area, generally 70 square meters of small apartment, the actual use area is more than 50-60 square. Between meters. According to this area allocation, the size of each room is small. In this type of apartment, the use of traditional "atmospheric" furniture seems to be stretched. "The large pieces of furniture such as wardrobes and beds, and one piece of furniture, will make the small home crowded and destroy the design and decoration effect."

The demand for the owner of the same idea with Xiaoli has become more and more obvious. In the spring of this year, the reporter found that the category of small furniture styles in the Nanjing market has increased more, and small-sized furniture, such as multi-functional dining chairs, coffee tables, beds, etc., everywhere It can be seen that all kinds of fashion fabric small sofas, small dining tables, and three-door small wardrobes with strong modern design are also favored by young and middle-aged owners.

According to a person from the Nanjing Furniture Association, the small-sized home can't fit large pieces of furniture. The â€œminiâ€ multi-functional furniture can make up for the lack of space. â€œIt can be used when it is used. It can be stored when not in use. It is convenient and beautiful, and it can save space. ."

European and American furniture can be reduced in size

Because of the popularity of small furniture, in recent years, many domestic furniture companies have also launched small-size custom products. Different from previous years, this year's furniture design has to catch the frontier consumption, and also grasp the "civilian demand" and start to produce more " Special small "furniture, and ready to launch customized services, to provide more convenience for small-sized owners.

A well-known domestic furniture brand launched a new â€œminiâ€ series in March this year, saying that the new product has been reduced in size while retaining the exquisite carving of traditional French furniture. The â€œNew Victoriaâ€ series launched by another brand has also been revised based on the original â€œVictoriaâ€ series, which has reduced the appearance and streamlined the appearance of the carving.

The reporter saw some well-known European furniture brands in the furniture store, and they all have similar "mini" models. Guangdong Ruixin furniture enterprise said that this is not unrelated to the direction of real estate. â€œThe small and medium-sized apartment buildings in the property market are favored. Many of the fine-decorated real estate models have been scaled down in proportion, and the storage space has been released. Many young people are very fond of it. We also have to keep up with the times."

The reporter went to the furniture store and made a turn. In a large sofa store, I found that 7 sets of sofa samples accounted for 3/4 of the store, and it was sold in sets. Only one set of floor space was 10 About square meters. In a circle, it was found that in addition to children's furniture, most of the brand furniture is really "atmosphere."

In addition, although some bed frames can be scaled down in the same proportion, many mattresses and home textiles are still mainly in the size of one meter eight or two meters, and even one meter five "faces", and most of them are children's bed models.

Nanjing Furniture Association believes that as a real estate downstream industry, changes in housing area will inevitably lead to changes in furniture products. Traditional European and Chinese furniture tends to be large and has a high demand for living space. In the face of the increasing demand for small and medium-sized homeowners, furniture companies are also trying to introduce small, heavy-duty furniture.

For example, the traditional European furniture is popular, most of them are large, and the towering bedside has many exaggerated and intricate carvings. However, European-style furniture suitable for small and medium-sized houses should â€œmake all the European features simpleâ€, pay attention to the design and application of lines, visually â€œshrinkâ€, or appropriately deepen the color of the solid wood frame to achieve visual â€œ Slimming."