After more than 20 years of rapid development, the home furnishing industry has experienced severe overcapacity. In the past, when the troika that drove Chinaâ€™s economic growth was able to move forward in a balanced manner, the hidden internal contradictions were concealed by surface prosperity. Once the economic growth slows down, some contradictions will quickly erupt.

The current situation of disorderly expansion of home stores

This outbreak has been presented in many ways in 2011:

First comes from the complex international situation. The turmoil in the international financial market has intensified, the economic recovery has weakened significantly, the European debt crisis has continued to deteriorate, the unemployment rate in the major developed economies has remained high, consumer demand in developed countries has begun to shrink, Western countries have re-industrialized, and international trade protectionism has risen. According to the data, in the Guangdong region, which is mainly export-oriented, 50% of enterprises received full-year orders in 2012, 8% of enterprises received orders for half a year, and 38% of enterprises did not have orders. These excess products and production capacity will be released in the domestic market, which will put more pressure on the domestic manufacturing industry with overcapacity.

Second is the decline in real estate transactions. In February 2012, real estate in more than 70 major cities nationwide fell overall, with most buyers taking a wait-and-see attitude. There is also a clear policy of restricting loans and restrictions. Therefore, the real estate market will not be too active in the near future, which is also closely related to the real estate industry. The home industry has brought unprecedented market pressure.

Overcapacity is also reflected in the disorderly expansion of home stores. The direct source of disorderly expansion of home stores is the continued prosperity of the real estate industry. There are not many projects in the home market and home furnishing industry parks in the country, but most of these super hypermarkets or industrial parks are not satisfactory. The excess of home stores has been several times the normal demand. Take several key cities such as Xiamen as an example. In a city with a population of one million, the area of â€‹â€‹home stores has exceeded one million, that is, one square meter per person. This proportion is obviously already seriously dysfunctional. Excessive stores will only dilute the output per unit area. The consequence is that the dealers have no money to earn.

The German Furniture Association spokesperson told the author that in 2011, Germany's per capita consumption of household products reached 370 euros, while China's per capita consumption was only 50 euros. According to this figure, the city with a population of one million has an annual household demand of about 500 million yuan. . However, according to the current home store rent, only one rent is about 1 billion yuan. It can be seen that the store has reached a serious surplus situation. The continuation of this situation will inevitably lead to a large loss of dealers and an accelerated reshuffle of the industry.

Serious production capacity has been overwhelming, resulting in a quiet change in the pattern of home stores. The traditional rental-style store format is undergoing trials, and the current situation of large-scale loss of dealers has prompted a rapid transformation of the profit model of home stores. The rental store is the earliest home store format, whether it is the earliest street shop or the greenhouse that appeared later, and then the super-selling supermarkets, until the â€œfeeling consumers feel the home of 2050â€, this kind of rental The hardware of the store is shifting towards more and more luxury, and it has gradually evolved into a hardware battle between stores. Luxury store decoration transfers higher operating costs to dealers, and even more will evolve into industry reshuffle by size and hardware. High operating costs and increasingly harsh market conditions have made home dealers more vulnerable to namelessness.

The profit model of the rental store is still a good business model at present, and the mature home appliance industry still retains this model. Suning and Gome are all expanding by this model. Gome has even made this model a financing platform. It can be seen that this model of building a good store and waiting for money is still fascinating in many industries.

However, Chen Xiao, who has been away from Gome, is guilty of this model. The accumulation of layers of costs has led to a falsely high product price, and dealers are not profitable. This is in the real good business model. It is a far cry from a reasonable price increase.

It is because of the very high return on investment that many stores have chosen this format. According to the current charging standard, the average home store investment return period is about 5 to 7 years, and the rental period of the rental home store in the heyday is less than 5 years. This has made many store owners become thousands and billionaires in a few years. Take the Xianghe home market in Hebei as an example. Many bosses have completed the original accumulation by relying on the greenhouses, and then they have invested in large-scale expansion. In the past few years, the Xianghe home store has rapidly grown to 3 million square meters, and several large stores are still stationed.

There is a huge crisis behind the development of fanaticism. Affected by the financial crisis in 2008 and the decline in real estate, the home shopping malls have suddenly become less good in the past two years. Some home stores have begun to have a large number of vacant stalls. Home dealers have become cautious, and industry giants have begun to expand based on the power of capital. And began to sink. They will also use a model that is bundled with vendors and distributors to bundle resources. On the one hand, this approach has brought more heavy business pressure to small home furnishers who have no intention of expanding, on the other hand, it has brought the possibility of shuffling the home store pattern in the context of overcapacity.

Under such a background, the rental home market has entered a stage of adjustment and shuffling after 20 years of profiteering development period, and the inflection point of the brand era and new profit model of the store has arrived.

"High rent" becomes the top of the merchant

How much pressure does the rent of the home store have for the dealer?

A home dealer said frankly that the rent for a few thousand square meters of rented area was 30,000 yuan per day, but the actual situation was that the daily sales were not enough 30,000 yuan. The dealer finally chose to compress the operating area.

Although everyone knows that the home business is difficult to do, there are still some former dealers rushing up for two reasons. First, the number of domestic household production enterprises is as high as 60,000. These manufacturers need to have such a personal experience before they know that performing on such a platform is not an easy task. Second, the sales of many household products are done by these stores. If the dealer does not make any money, in order to maintain its own channels, the manufacturer must lower the price, or even the ex-factory price, because this channel is essential.

Since last year, some manufacturers have begun to withdraw from the large-scale home market in various places, on the one hand, the sales volume is declining, and on the other hand, the high rents occupy more and more costs. Even in the better home stores, the current rent is a loss, which makes the manufacturers have to take the "strong men's broken wrist" measures to deal with. Since last year, in response to the operational pressure of many dealers, some home stores began to reduce rents in order to stabilize existing dealers and avoid triggering a larger withdrawal.

Under the pressure of high rental costs, many manufacturers and distributors who are not making money or making smaller profit margins have chosen to expand new distribution channels. In a Beijing store inspection event organized by a provincial association in 2011, everyone was interested in the online and offline Taobao love bee tide mode. This decoration is simple and fashionable, and the relatively cheap price of the store business model has won the favor of manufacturers. Many manufacturers pay more attention to the sales of online stores. The cost of online store opening can be regarded as negligible compared to physical stores, so the recent "e-commerce" has become the key word of the home industry.

The industry believes that based on the characteristics of people's consumption habits at this stage, it will take time for the "e-commerce" to fully land. The only way to reduce the rent of a rental store is to find a cheaper property. On New Year's Day in 2012, Junjiamei Home in Shijiazhuang held a forum to propose a new way to avoid high-rent operations â€“ warehouse-style marketing, which is to find a home market relatively far from the center of the city. The rent of such a place is relatively high. A lot lower, and then use a unique marketing and promotion model to achieve sales. For example, data marketing, affiliate marketing, microblogging marketing and other means to accumulate customer base to achieve sales targets, this is also a good attempt.

In addition to online and offline marketing, warehouse marketing, there are also some independent store models are taking shape. Some well-known brands have chosen to decorate the newly completed street side facade into an independent store of nearly 10,000 square meters. They have carried out a good publicity on the brand image, and can directly dock with the place in terms of rent, avoiding the second time in the home store. fee. There is also a kind of "IKEA" model, which is believed to be more likely to appear in China soon. Such stores are more common in Europe. When I visited the largest home store in Germany, I found that supermarket-based home stores are the mainstream of foreign markets. Without a large number of shopping guides, the entire store is only equipped with a few designers working on-site, and they communicate one-on-one with customers, which is in stark contrast to the model of several shopping guides on one booth in China.

In short, overcapacity will inevitably lead to a brand battle, and the profitability of dealers will also decline, while the back-end leasing store model is also doomed to be too low. Under such circumstances, some new models that conform to consumer spending habits will gradually take shape. Online and offline, independent stores, professional stores, warehouse-style marketing, IKEA-style supermarket models and other multi-format home channel models have emerged, in a diversified form to promote the pace of channel reform in the home industry. 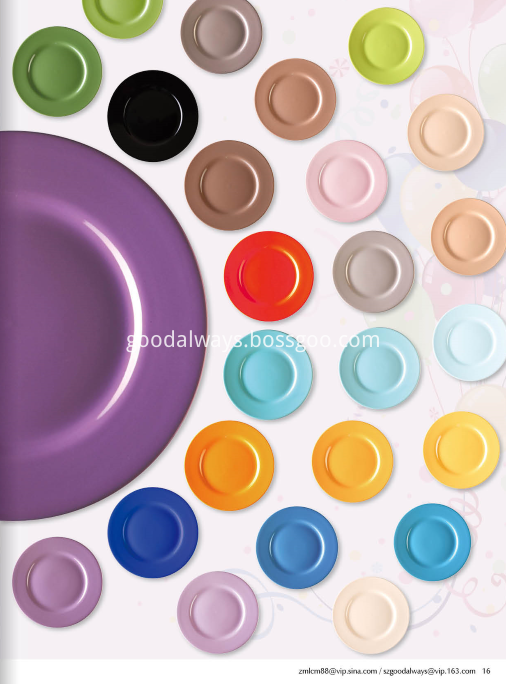 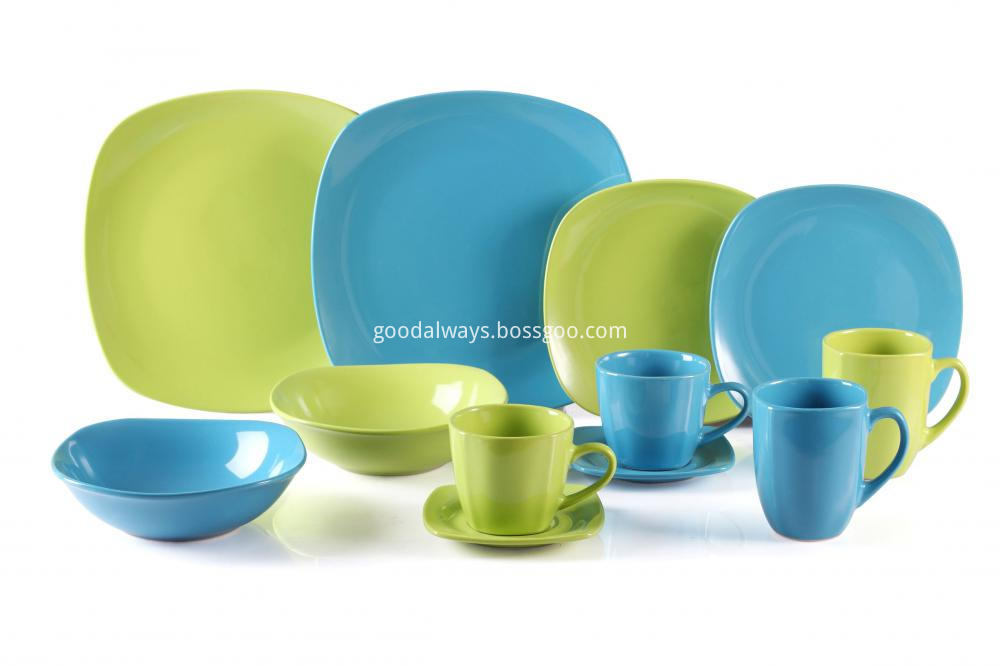